The newspaper La Repubblica publishes an article on the conference organized by Andersen in collaboration with the Ministry of Cultural Heritage (Dg Cinema), on the tax credit for the cinema and audiovisual sector.

To benefit from the tax credit, applicable from January 1, 2017, companies outside the sector that invest in Italian cinema; production and post-production companies; distributors of Italian films; Italian companies that work for foreign productions; and the operators who manage the cinemas. 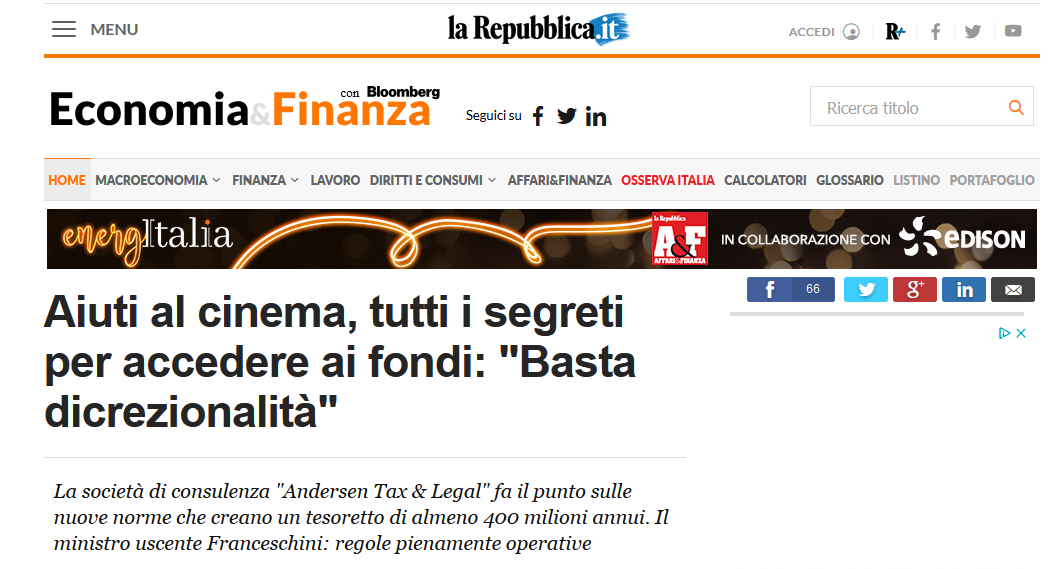