The web tax has been officially introduced in Italy by the Budget Law 2019 waiting for an agreement at European level to standardize and introduce the digital services tax (DTS).

The Italian legislation, however, did not take into account where the companies are located, thus not distinguishing between domestic, EU or non-EU companies, resulting in a potential double taxation problem.

The introduction of the web tax in the European area has been announced in Spain, France, Austria and the United Kingdom. The need to promote a common transnational solution is evident in order to introduce effective homogeneous taxation instruments in the digital economy.

The article is accompanied by a comparative table on the various regulations in these countries, with data provided by Andersen Global’s European colleagues. 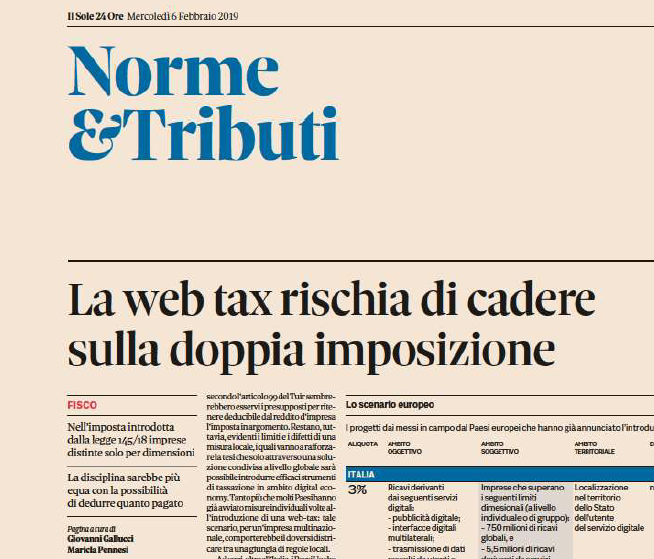