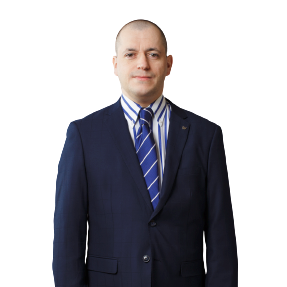 Riccardo owns a consolidated experience in tax, administrative, accounting and corporate consultancy for nano, small and medium sized enterprises, the “backbone” of the Italian economic fabric, from the provincial realities to the bounduaries of the big city.

He has been working for twenty years in the reality of the profession of Chartered Accountant.

He trained as a professional in the goldsmith’s district of Valenza (AL), gaining significant experience, over ten years, in professional consultancy for goldsmith and jewelry companies.

He also had the opportunity to provide ten-year tax, administrative, accounting and corporate consultancy to a professional football reality (Lega-Pro), confronting periodically (every six months) with CO.VI.SO.C. (VIgilance Commission on Professional Football Societies).

From 2013 he continued his activity as a Chartered Accountant and Auditor as a collaborator at a primary firm (Studio Palea di Roberto Palea & associati then RSM Studio Palea Lauri Gerla – Turin) in the city of Turin (TO), later merged into Andersen in Italy.