Andersen participates in the BIE Expo

The professionals Andersen will focus on:

New instruments that encourage the technological transformation and digitalization processes, so important for multinationals but also for small medium enterprises.

Brescia is the only European province super specialized in the industrial sector with an industrial value of over 10 billion Euros.

Brescia boasts of being the capital of the industrialization in Europe, since it is the only European province which is both super specialized in the secondary sector and has reached an industrial value of over 10 billion Euros, preceding in this way very important German towns such as Wolsburg, the mega province/town of Volkswagen.

In the research it deals moreover with a record held by Brescia, concerning the number of people working in the industrial sector (167,700 workers). Brescia is followed by 7 Italian provinces: Vicenza, Bergamo, Treviso, Modena, Monza e Brianza, Varese, Reggio Emilia. The first German province in the rankings is Märkischer Kreis, at no. 9 (81.500 workers).

THE MECHANICAL SECTOR IN BRESCIA 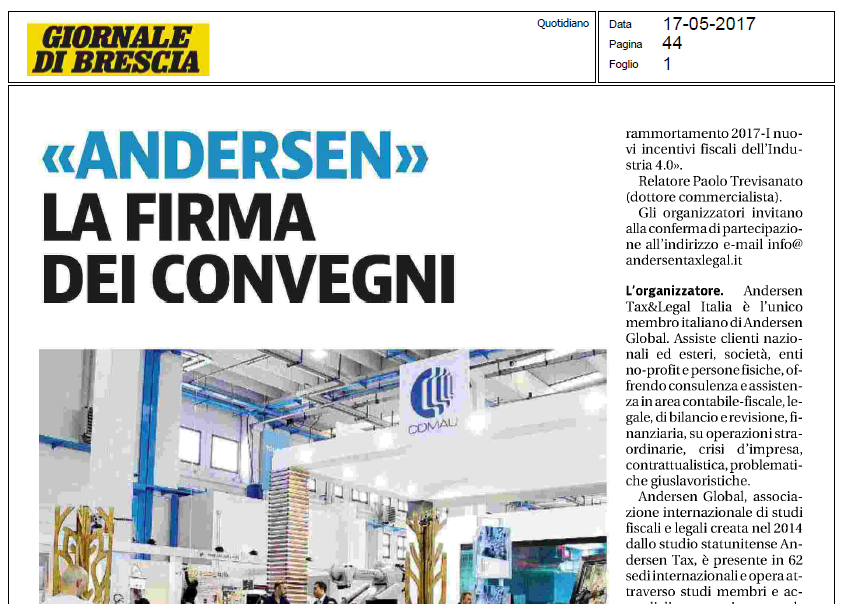